The annual Malaysian Oxbridge Games between CUMaS (Cambridge) and OUMC (Oxford), organized by the latter, was held in Oxford on the 2nd of May 2015. This annual competition is aimed at fostering relationships between Oxford and Cambridge Malaysians through sporting activities and is a good opportunity for members from both universities to meet each other. Even though examinations were just around the corner for almost all of us, there was a rather impressive turnout of over 60 students.

This year, seven sporting events were carried out, namely, Men’s Football, Mixed Volleyball, Mixed Captain’s Ball, Mixed Frisbee, Team Badminton, Team Squash and Chess. Our frisbee team did not fare very well, losing to OUMC by 6-3. Thankfully, our Captain’s Ball team managed to turn the tables by winning with a score of 7-2. This was followed by an intense volleyball match, in which we almost won. After mind-boggling rounds of chess, everyone gathered to enjoy the wonderful lunch prepared by the Oxford postgraduate students.

Later in the afternoon, our badminton team did us proud and had a clean sweep for all five events. A draw resulted in the Squash category between both teams. The final and deciding event was Men’s Football, in which we hoped to win to bring back the cup. However, being strong contenders as they are, OUMC won by 2-1 and hence, emerged as the overall event champion. 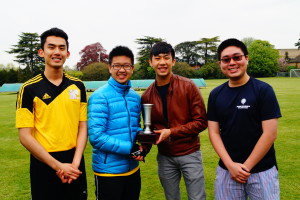 Wrapping up the event, the cup was handed over to OUMC’s president, Henry Lee by our very own CUMaS’ president, Amirul Merican and Sports Officer, James Liew. Despite not winning the cup, we had put on a good fight and of course, more importantly made many new friends along the way. 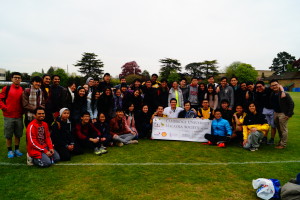